How to celebrate Cinco de Mayo?


Colour is floating through the streets. Small dancing figures are joyously hopping under the salsa tones. Behind them is the mariachi band which is happily smiling at the spectators. And from every little corner, a Food Truck is cooking their best chilli con carne in celebration of Cinco de Mayo!

This is how I imagine the Mexican victory day should be celebrated. It is a common misconception to think that Cinco de Mayo (5th May [Spanish]) is the Mexican Independence Day. It actually is the unofficially titled Mexican resistance day.

In 1862 Mexico was in big debt to France so Napoleon III had sent over 8,000 troops to invade Mexico. The Mexican army, half the size of the French and very poorly armed, bravely fought for their victory. This battle was important not only for Mexico but for the Latino culture.

Nowadays Cinco de Mayo is widely celebrated around the world but initiates in the U.S where people proud of their Mexican heritage would throw a massive fiesta with lots of margaritas. In Mexico, Cinco de Mayo isn’t a big deal and it actually is not a public holiday but for the rest of the world, it is a perfect occasion to have breakfast burritos and drink cerveza out your sombrero. 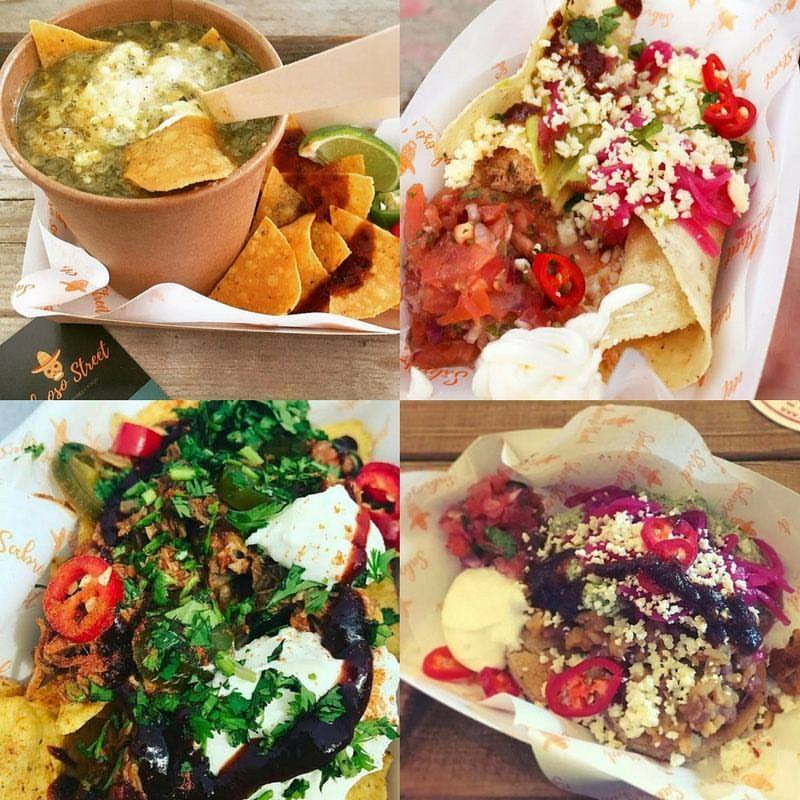 In the UK we don’t go as wild on the celebrations but there’s always that keen person who would organise a street party to honour the Mexican culture. But what’s a street party without its food?
If you want to dig into guacamole covered nachos and stuff your face with tacos, then get yourself down to these Food Trucks and celebrate Cinco de Mayo all year round.

Sabroso Street is definitely a game-changer in the Mexican street food scene. Esquites, Gorditas and Elote are not Hispanic girls’ names, these are the very authentic Mexican dishes that Sabroso Street is serving. If you want to spice it up, try the Flauta – spice-infused free-range chicken rolled into not one but two deep-fried tortillas. Obviously, this is topped with a scoop of guacamole, pink pickles and coriander. But if you don’t like what you are hearing, then the lovely team would create a personalised dish and fulfill all your dreams. 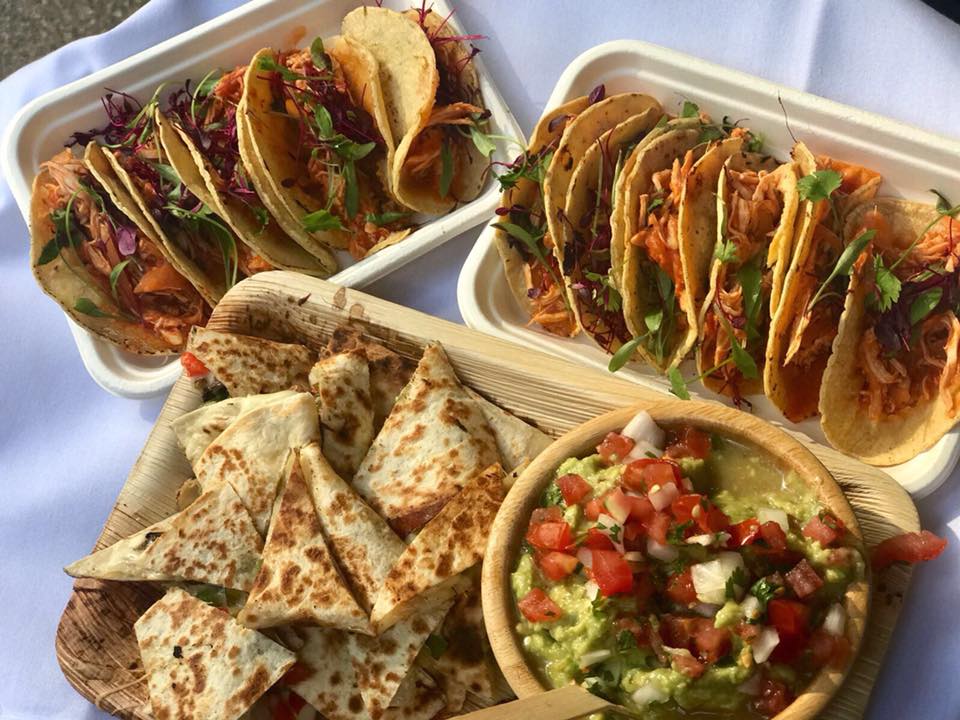 Mexican food prepared by proud Mexicans – it doesn’t get much better, does it? Sharing their gastronomic heritage and culinary skills Hola Guacamole is adding a whole new experience to food markets. The secret to their success is using their own unique recipes to recreate traditional dishes and topped them up with their earthy sauces which are all made from scratch. You can taste the passion in the tender pork slices cooked in citrus juices. It is hard to find a more authentic Mexican Food Truck!
Head down to WeWork at Paddington for a daily dose of the Mexican fiesta.

We Work Paddington between 11:30 – 2:30pm every Wednesday in April/May

You might think you know what the name stands for, but you are only half right. On one side, Al Chile is famous for its variety of hearty chillies, but the phrase is actually a Mexican slang for honesty and truthfulness. This translates perfectly with Al Chile’s food because, honestly, it’s amazing. Their generous portions reflect the Mexican conception that the lunch should be the biggest meal of the day. And it really is! The one chilly that stands out the most is the Chili con Nopales which means cactus. It is the vegetarian option, but it is certainly something that you don’t taste every day. Although the meat version is a corona-marinated steak…

Mexicali has been making a name for itself through the word-of-mouth and not so much a word-of-social media. The burrito-loving people of Surrey have been keeping their mouths too stuffed to say a word. So Mexicali is sort of a hidden gem for the street food scene. But a little birdy told us that people not only queueing up for those Garlic & Lime Beef Burritos but for Michelle. Michelle a slang for anything illegal, she is just the lovely chef who’s been impressing customers with the hospitality. So, eating at Mexicali is not just about the food, it’s about the experience. Especially their Shrimp Tacos are on my bucket-list of things to experience.